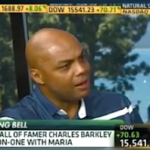 From Mediaite:  NBA legend Charles Barkley backs the Trayvon Martin murder trial verdict.  Reports Mediaite, “NBA legend Charles Barkley appeared on CNBC’s Closing Bell with Maria Bartiromo Thursday afternoon and shared his incredibly diplomatic views on George Zimmerman‘s acquittal.  ‘I agree with the verdict,’ Barkley told Bartiromo. ‘I’m sorry that young kid got killed, but they didn’t have enough evidence to charge him.’  Barkley admitted that he did see some ‘racial profiling’ in the case, but said ‘something happened that changed the dynamic that night.’ He recognized what he was saying was ‘probably not a popular opinion among most people,’ but ‘looking at the evidence’ he said he agreed with the jury’s decision.”  Read on here. 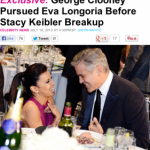 From Gossip Cop:  Again a US Weekly claim has been declared false.  Gossip Cop reports, “George Clooney ‘unsuccessfully tried to woo’ Eva Longoria ‘while he was dating Stacy Keibler,’ claims a so-called ‘exclusive’ from Us Weekly.  The magazine, which has been publicly blasted by Clooney for its inaccurate reporting about his personal life, alleges that the actor ‘began pursuing Eva’ after they hung out at the Soho House in Berlin in March.  A purported ‘insider’ tells the tab, ‘He told her that he was still with Stacy, but had plans to break up with her and was interested in being with Eva.’  The ‘source’ goes on to claim that Longoria ‘resisted’ Clooney’s supposed advances, but he ‘continued to pursue her with texts and calls.'”  Read on here. 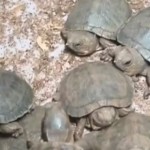 From Geekosystem:  India’s customs department must have been surprised when they found 10,000 turtles being smuggled through the country.  Geekosystem reports, “Two passengers have been detained at an airport near Kolkata, India on charges of smuggling wildlife. The evidence against them? A staggering total of 10,043 baby sea turtles found stashed in their luggage. Now, I’m not exactly well versed in India’s legal system, but I do have to assume ‘possession of 10,000 turtles’ is fairly ironbound evidence of wildlife smuggling no matter where in the world you go.  The two suspects, who are Indian nationals, are suspected of trying to smuggle the animals undetected from China to Singapore, though their fiendish plan was derailed by Indian customs officials who opened their suitcases and were, we assume pretty surprised to find thousands and thousands of turtles. Because let’s face it, anyone who finds thousands of turtles anywhere should be surprised.”  Read on here. 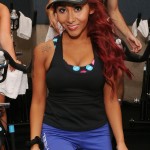 From Styleite:  Snooki is nearly unrecognizable.  Styleite explains, “In her Jersey Shore days Snooki was big on tanning, not overly keen on laundry, and pretty much never hit the gym. But lately she’s been putting the G back in GTL and has the incredible shrinking body to prove it.  Just shy of a year after spawning a mini me, Nicole paid a visit to the crew at Flatiron Flywheel – where she’s apparently been spending a lot of time lately.  When it’s this hot, just reading all the mentions of burpees, squats and spin cycling on her Twitter feed is making our foreheads damp.  Though if it will get us guns like hers, perhaps we’ll consider rehashing our weekend plans to exclude sitting in the front of the A/C eating ice cream.”  Read on here. 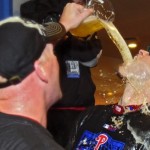 From SportsGrid:  A fantasy baseball player skews game results by getting the Marlins’ team drunk.  Reports SportsGrid, “Matthew Berry, also known as The Talented Mr. Roto, wrote an article for the Huffington Post about the top five fantasy cheaters of all time, and one story really stood out above all the others.  In 2007, Berry explained, a fantasy baseball player named Zack worked for the Florida Marlins.  He was in the championship matchup of his league, and needed one great outing and a win from the New York Mets’ John Maine against the Marlins to seal the deal.  The night before the game that would decide his fate, Zack went to a bar that he knew a bunch of the players would be at. ‘All we need to do is a get a few more of them drunk and my boy Maine should cruise through the lineup,’ he recalled saying.”  Read on here. 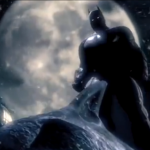 From The Mary Sue:  Batman: Arkham Origins shows off genderswapped assassin Copperhead.  Reports The Mary Sue, “The plot of Batman: Arkham Origins involves eight of the DC Universe’s greatest assassins coming to Gotham on Christmas Eve to attempt to win a the massive prize levied on Batman’s head by mob boss Black Mask, and when the game was announced, I immediately started making a mental list of all the best hitwomen DC had to offer.  After all, it is a setting where Lady Shiva is widely considered to be the deadliest person in the world by a significant margin.  Then you’ve got Cheshire, White Canary, and at a stretch perhaps even Batman Beyond‘s Curare… and that’s when this list starts looking a lot like a list of examples of the ‘killer Asian ninja lady’ trope.”  Read on here. 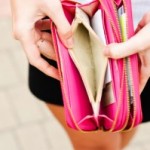 From The Jane Dough:  Terrible economies influence consumer behavior for the worst.  Reports The Jane Dough, “It’s no surprise that in a thriving economy, consumers don’t watch their spending and budget as closely. They splurge on things such as getting their hair done frequently, taking vacations, and redecorating their home. When the economy took a turn for the worst, consumers cut back on those extra expenses and became determined to save on daily expenses such as grocery shopping and gas. Take a look at how the economy has influenced consumer behavior and how businesses have suffered.  You might guess that in tough economic times, people resort to stealing. I bet you didn’t realize that during these times, people tend to steal unusual items. The following are a few examples of the strange things people steal in an economic downturn:  Brass and Copper: Typically, scavengers are the only people that look for brass and copper, but there is a rise in these type of thefts during a bad economy.”  Read on here. 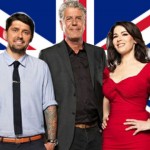 From The Braiser:  ABC sold the rights to The Taste to the UK’s Channel 4.  The Braiser reports, “Maybe we’re horrible elitists who do nothing but watch too much PBS, because despite all the groans and grumbles we threw at The Taste it has proven popular enough for ABC to sell the rights of the show to UK’s Channel 4 — as well as loan out its three most popular judges.  Eater reports that Nigella Lawson, Anthony Bourdain, and Ludo Lefebvre will be heading over to England to host a British version of The Taste, with Nigella as the Unofficial Sexy Head Judge that Bourdain played in the States. Of course, strutting peacock Brian Malarkey will not be going to England to rejuvenate his judging career, leaving one empty spot open for a potential British judge.”  Read on here.