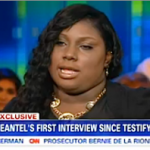 From Mediaite:  Trayvon Martin’s friend, Rachel Jeantel, gave her first interview since the trial with Piers Morgan.  Reports Mediaite, “Jeantel, who created a media firestorm with her highly-polarizing testimony towards the beginning of the trial, appeared on Piers Morgan Live alongside her attorney. She described her reaction to Zimmerman’s acquittal as ‘disappointed, upset and angry’ and called the jury’s assessment of what happened ‘just B.S.’  Asked about what Trayvon Martin was like as a friend, Jeantel described him as a ‘calm, chill, loving person’ and said she never saw him get ‘aggressive’ or ‘lose his temper.’  She said that the defense’s attempts to portray Martin as a ‘thug’ were unfounded and defended his relatively mild drug use.  ‘Weed don’t make him go crazy,’ she said, ‘it just makes him go hungry.'”  Read on here. 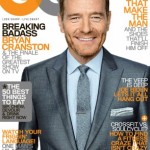 From Gossip Cop:  In the August issue of GQ, Bryan Cranston opens up about a dark time in his life.  Gossip Cop reports, “Bryan Cranston has taken an incredibly dark turn as Walter White on ‘Breaking Bad,’ and the actor reveals to GQ that he’s personally had at least one close brush with the kind of brutality that defines his most famous character.  It came when he almost killed a girlfriend.  As part of its August cover profile, the magazine asks Cranston whether he believes in evil.  He replies, ‘Yeah. I think it’s right next to good, inside every person.’  Cranston then confides, ‘I had one girlfriend I wanted to kill.’  And he means it literally.”  Read on here. 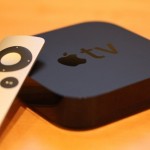 From Geekosystem:  Apple TV is planning to get rid of their television advertisements.  Geekosystem reports, “If you’re sick of commercials when you watch TV, you’re not alone. Apple seems pretty tired of them as well. That’s probably why they’re considering a plan that would get rid of ads altogether. The downside is that they would do so by charging users more money to pay off the companies benefiting from the ads, but maybe that’s not so bad. I wouldn’t mind kicking in a few extra bucks each month to not have to watch commercials. Apple has already made a move into the world of television with Apple TV.  I ditched traditional television for Apple TV a few months ago and love it, but it’s not TV in the way most people are used to it.”  Read on here. 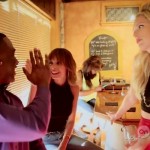 From Styleite:  Nicole Richie is a terrible wingwoman.  Styleite explains, “Dating in New York is hard, but dating in LA looks even harder — at least if you’ve got Nicole Richie as your wingwoman.  For the latest episode of #CandidlyNicole our humble protagonist attempts to get her friend Erin Foster wifed up at a wine tasting.  Sounds easy enough, all Erin wants is East Coast coolness, Southern values, West Coast ease, Northern style, and none of their accents. Oh, ‘and a guy who’s never loved anyone else.’  If you’re in the man market yourself, watch the video for tips on what sort of vibes to radiate towards the male species (hint: think ‘damsel in distress’ rather than ‘psycho killer’) and witness some Class A negging from both dudes and sort-of from Nicole herself.”  Read on here. 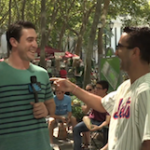 From SportsGrid:  Matt Harvey spends the day asking New Yorkers what they think of Matt Harvey, but no one realizes that he is Matt Harvey.  SportsGrid reports, “New York Mets fans and other New Yorkers know thier buzzwords: Matt Harvey is good!  But, they do not know what he looks like, according to this video from Jimmy Kimmel Live.  The strangest part is the multiple people recognizing him from his naked photoshoot in the ESPN Magazine Body Issue, yet not recognizing him without seeing his butt.  We have a feeling there would be a few more heart attacks if this were Derek Jeter, and a few more hate crimes if it were A-Rod.”  Read on here. 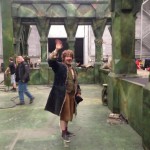 From The Mary Sue:  Martin Freeman finished his last day as Bilbo Baggins yesterday.  The Mary Sue reports, “Sir Ian McKellen and Orlando Bloom have both left the set of The Hobbit for the last time, and now Martin Freeman has as well, assuming Peter Jackson doesn’t decide to add even more movies to the series.  Jackson posted the photo above, and another of Freeman with costar Benedict Cumberbatch, on his facebook page, and shared some thoughts on the impending close of the filming of The Hobbit.  Read on to hear what Jackson had to say, and to see Cumberbatch petting Freeman’s hobbit feet.  ‘Tonight Martin Freeman finished his last shot as Bilbo Baggins. The end of an incredible two and a half years. I cannot imagine anyone else in this role – a character that Martin has nurtured and crafted with love and great skill.'”  Read on here. 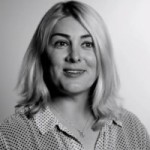 From The Jane Dough:  Transgendered workers win a landmark discrimination suit.  Reports The Jane Dough, “In a historic first, the Equal Employment Opportunity Commission decided in favor of transgender employees who said they were discriminated against based on their gender identity.  One case in particular founded a crucial precedent when the EEOC determined that anti-trans* discrimination is a violation of an employee’s rights as protected by the ban on sexual discrimination found in Title VII of the Civil Right Act of 1964.  Earlier this month, in the case known as Macy v. Holder, the Department of Justice ruled in favor of the plaintiff, Mia Macy, who was denied a job at a laboratory of the Bureau of Alcohol, Tobacco, Firearms, & Explosives (ATF) after she revealed she was transgender.”  Read on here. 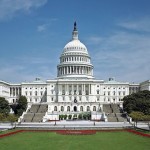 From The Braiser:  The House of Representatives are taking food stamps out of the Farm Bill.  Reports The Braiser, “Last week, the House of Representatives passed their version of the Farm Bill, the five-year omnibus bill that funds the entire US Department of Agriculture and its respective programs, but controversially left out any funding renewal of Tom Colicchio’s favorite Congressional bill, the Supplemental Nutrition Assistance Program (SNAP).  In other words, if the Republican-controlled House has its way, the food stamp program will be defunded out of existence — or, at the very least, hacked off from the food policy at the center of the Farm Bill, and dealt with…another time.”  Read on here.