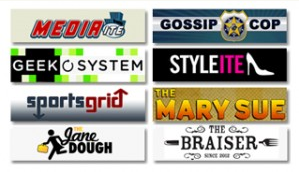 Dan is thrilled to announce the growth of Abrams Media. In a recently published post on Mediaite, Dan summarizes the company’s recent numbers, and looks forward to our rapid expansion. And another thing to anxiously await: a Los Angeles bureau of Mediaite! Writes Dan, “2012 was a truly transformative year for the Abrams Media sites with record high traffic numbers, a new and over-performing site launch with TheBraiser.com, and just as important, revenue numbers that dwarfed any previous years. In fact, year-to year-traffic is up over 70% across the sites, and revenue an equally impressive 82%. That success has allowed me to expand the business in a variety of exciting ways. We will be launching a new site that I will announce in the weeks to come but just as importantly, I am investing in the sites and business we already have in place as well as exploring new exciting partnerships. In the past month, I have made some major additions to the company and plan for more in the days and months to come.” Read all of what he has to say here.