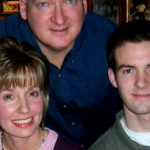 Dan appeared on Good Morning America today to continue his coverage of the Michigan matricide case – Jeffrey Pyne has been on trial, accused of killing his mother. Dan discusses the abrupt ending to testimony and the prosecution’s desire to charge Pyne with lesser charges. Now that the prosecution doesn’t have to prove pre-meditation, Dan says this is a “huge win” for them. He continues, “This is not an easy case, and the fact that this second-degree murder charge is now on the table means that the jurors can effectively compromise – that’s exactly what the defense is concerned about this; the didn’t want the option of second-degree murder. They wanted to force prosecutors to prove pre-meditation, which is not easy in this case – meaning there are real questions, there are questions about the alibi, there are questions about the injuries on his hands, but proving pre-meditation here would have been difficult, and I think it’s very unlikely there will be a first-degree murder conviction.” Watch more, including the other advantage prosecutors have, here.