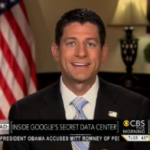 From Mediaite: Last night brought the second debate between President Obama and Republican Candidate Romney, and the most memorable quote has emerged: Romney’s “binders full of women comment.” Today, Mediaite reports on the backlash: “During last night’s presidential debate, Mitt Romney, in a discussion about equal pay, uttered the phrase ‘binders full of women,’ referring to his recruitment effort when he was governor of Massachusetts. The phrase has stuck. It’s been endlessly joked about and earned its own Tumblr. On Wednesday’s CBS This Morning, Paul Ryan was asked to clarify. ‘All he simply meant was that he went out of his way to try to recruit qualified women to serve in his administration when he was governor,’ Ryan said. ‘That’s really what he was saying.'” Read the full context of Romney’s quote and his campaign’s response here. 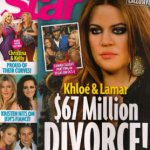 From Gossip Cop: Are Khloe Kardashian and Lamar Odom on the brink of divorce? A very, very expensive divorce? Gossip Cop reports: “Khloe Kardashian and Lamar Odom are heading for ‘$67 Million Divorce,’ shouts the latest cover of Star magazine. The tabloid alleges that after three years together, ‘Lamar is on the verge of leaving Khloe for good!’ Why? Star insists that the couple’s fertility struggles and Odom’s frustration with ‘omnipresent’ TV cameras brought them to a ‘boiling point’ in September…  Over and over again, Star has said Odom and Kardashian were on the brink of a split. Every time, the tabloid’s been wrong… Odom and Kardashian are NOT about to break up over their baby struggles, despite Star’s newest mean-spirited blunder.” Read more about the supposedly true story here. 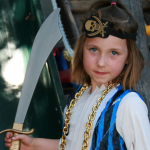 From Geekosystem: Halloween is quickly approaching, but if your child is planning on dressing as a pirate, you should probably proceed with caution: reports Geekosystem, “Assuming the image used by Today Health is accurate, it looks like 1,400 little girls won’t be going out on Halloween as somewhat creepy pirates. U.S. Customs and Border Protection diverted the shipment of costumes to a warehouse for testing as they reached Seattle in September, but only just confirmed their suspicions: They are full of lead. There’s a certain level of lead that’s considered acceptable, but these Chinese costumes tested at 11 times the legal limit. That level of lead is ridiculously dangerous for children, especially when it’s included in something designed for them. Low levels of lead in the blood can hinder a child’s ability to pay attention and cause learning issues, whereas high levels can lead to vomiting, convulsions, or even a coma.” Read the full story here. 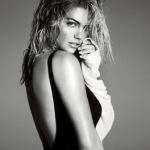 From Styleite: The Kate (Upton) craze continues; the model is now featured in the November issue of Vogue. Reports Styleite, “We knew Anna Wintour had hopped aboard the Kate Upton fan train earlier this summer when theSports Illustrated covergirl landed a small profile in the July issue of Vogue, accompanied (somewhat curiously, given the season) by a photo of the model clad in leather and fur. Well, Wintour is clearly more of a Cat Daddy aficionado than we thought, because Upton now has a seven-page spread in the November issue. Steven Meisel photographed the buxom blonde for ‘The New Girl’ in classic American sportswear by the likes of Donna Karan, Michael Kors, and Ralph Lauren. The photo captions also tout her Vogue-worthiness as an ‘accomplished equestrienne’ with a ‘fresh, comfortable-in-your-skin attitude’ and, of course, ‘a ridiculously sexy bikini body.'” Read on and see pictures here. 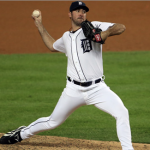 From SportsGrid: If you were busy watching the debate, here’s what happened in sports (a.k.a. baseball) last night: The Detroit Tigers won, and are one game away from heading to the World Series. Reports Sportsgrid, “Given that they’re trying to keep the Yankees out of the World Series, the Tigers just might be America’s favorite baseball team right now. So there’s a decent chance their 2-1 win over the Yankees last night – which put them a game away from the World Series and left the Yankees in a near-impossible-to-overcome 3-0 hole – left a greater percentage of the country satisfied than anything either presidential candidate said at Hofstra last night. Suck it, politics! Justin Verlander was his usual dominant self, going 8 1/3 innings while allowing only one run – a solo homer in the ninth that made the game’s end awfully tense.” Read about how the game ended here. 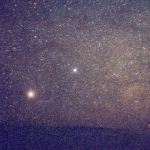 From The Mary Sue: The wonders of outer space never cease to amaze. The Mary Sue’s got the latest discoveries: “This week has been really awesome for planet discovery. First amateur “citizen scientists” discovered a planet with four suns; now, astronomers at the European Southern Observatory have found an Earth-sized planet in the Alpha Centauri system, the closest solar system to our own. The planet, called Alpha Centauri Bb, orbits Alpha Centauri B, one of the system’s three suns. (Astronomers, you just discovered a new planet, so I’ll give you a pass on the awful name, but do better next time, eh?) It’s 4.37 light years, or approximately 25 trillion miles, away, which isn’t exactly close, but it’s still half the distance from us as the next nearest planet that we know about.” Read the whole article here. 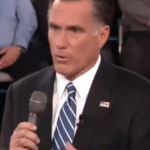 From The Jane Dough: Taking a cue from Mediaite, The Jane Dough also has the latest on the Presidential debate, especially when it comes to how women fared. Writes the site, “Many people had a good laugh about Mitt Romney’s “binders full of women” analogy in last night’s debate, which was mostly harmless but also pretty silly. There was something else the governor said during the debate last night, however, something he mentioned only briefly but that gave me great pause. It was during his response to a question asked by a town hall attendee about gun control… Romney also had this to say about the “culture of violence” in America: We need moms and dads helping to raise kids. Whenever possible, the benefit of two parents in the home — and that’s not always possible. [There are] a lot of great single moms, single dads…  Because if it’s a two-parent family, the prospect of living in poverty goes down dramatically.” Read The Jane Dough’s opinions on this statement here. 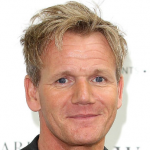 From The Braiser: Looks like Tyra Banks and Rachel Zoe aren’t the only reality television celebs to receive scripted primetime shows — the culinary celebrity world is getting to play along, too! The latest show? Reports The Braiser, “Gordon Ramsay and Scott Stuber (of Ted/Whitney/Battleship production glory) are teaming up to produce a new scripted NBC restaurant drama entitled The Inferno, with Smash director Michael Mayer signed on for ‘operatic’ flair. The ‘dark’ series follows best friends/restaurateurs, who hire a ‘magnetic, fiery, larger-than-life mysterious Italian chef’ to save their restaurant, which is on the brink of closing. He revives its image, ‘but at a terrible cost.’ Supposedly, the chef isn’t based on Ramsay at all, but he’ll be consulting for the character with personal experience. So, we’re pretty sure the ‘terrible cost’ they’re referring to is calling everyone in the restaurant ‘a donkey’all service long.” Read more here.