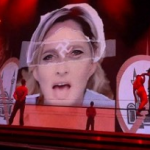 From Mediaite: Madonna, Queen of Pop, is in legal trouble as controversy continues to shroud her international tour. Her recent performance in Paris featured a video that has made her the target of a lawsuit. Reports Mediaite, ”  The concert video features a variety of public figures like the Pope, but the outcry is specifically related to an image shown of Front National (FN) leader Marine Le Pen with a swastika superimposed on her forehead. After a few seconds, the picture then cuts to reveal an Adolf Hitler look-alike. Madonna originally screened the video at her concert in Tel Aviv, where it first triggered the FN to lash out at the singer. Le Pen personally threatened Madonna by announcing that ‘if she does that in France, [they would] be waiting for her.’ So then Madonna screened it in front of 70,000 attendees at her Stade de France concert just north of Paris. Le Pen’s team says the case will be taken to the Paris courts within a few days.” Read the full story here. 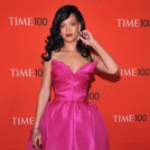 From Gossip Cop: Rihanna seems to keep putting her most fashionable foot forward lately. After hosting a fashion reality show, she’s now announced she will design her own line of clothing. Reports Gossip Cop, “The ‘Where Have You Been’ singer announced on Monday that she’s designing a line for the London-based brand River Island. Rihanna revealed the news on her blog, saying, ‘I’ve been wanting to design my own collection for some time. River Island is the perfect partner for me to collaborate with and working with a British, family run business also really appealed to me.’ She added, ‘I find London really inspiring and River Island loves to have fun with clothes. I’m looking forward to working with them and creating something really special.’ Rihanna’s collection is slated to debut in Spring 2013.” Read more about it here.

From Geekosystem:  MSNBC.com is no more. A change in ownership has created a new name for the website. Reports Geekosystem, “NBCUniversal has purchased Microsoft’s 50% stake in the venture, reportedly for around $300 million, and in the wake of the split, NBCUniversal now holds the full rights all MSNBC Digital Network properties including BreakingNews.com, Today.com, and of course, MSNBC.com. That last one, however, has undergone a name change considering its initials are no longer accurate. Enter NBCNews.com. Microsoft and NBC joined forces way back in 1996 and with their powers combined launched the MSNBC TV cable network and its partner website MSNBC.com. NBCUniversal bought out Microsoft’s stake in the cable network some seven years ago in 2005, and now they’re snagging the other half and achieving total ownership of all things MSNBC.” Read more about the change here. 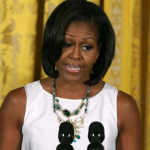 From Styleite: The ever-fashionable First Lady Michelle Obama looked stunning Friday as she wore all white to honor designer Thom Browne. Reports Styelite, “Designers from the fields of fashion, architecture, technology, and landscapes were honored by the First Lady on Friday as part of the Smithsonian’s Cooper-Hewitt National Design Awards. Categories included things like Interaction Design and Corporate and Institutional Achievement, but we’re clearly most interested in the designer who took home the prize for his contributions to fashion. The award went to none other than Thom Browne, he of the short suits and red-white-and-blue insignia (patriotic!), and the designer was the only honoree at the event whose wares Obama actually had the opportunity to wear — though, to be fair, she probably would have had some trouble fitting intoDesign That Matters‘ neonatal incubator.” See her look and read more here. 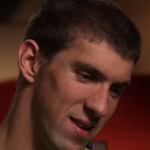 From SportsGrid: As The 2012 Olympics approach, one of the Games’ most buzzed-about athletes sat down for a ‘Sunday Conversation’ with ESPN. The things we learned about him there were rather sad. Among them? “He’s got little to no motivation: Phelps has averaged seven gold medals per Olympics. It’s nuts. In fact, Phelps’ coach said these Games are the least prepared he’s ever been. Phelps admitted in this interview that Ryan Lotche’s success forced him to get back into the pool to train, and, earlier, he revealed he put on a good amount of weight after the Bejing Games,” reports Sportsgrid, continuing that also “He hates the water. Being a swimmer and disliking the water can probably pose a bit of a dilemma. Phelps in the interview to having trouble getting into the pool. Which is really, really sad,” reports Sportsgrid. Learn more here.

From The Mary Sue: Continuing their coverage of San Diego Comic-Con International, The Mary Sue brings you part four (the final installment) of their what-you-missed series. So what notable things happened on the last day? Reports The Mary Sue, “The cast of Fringe made an appearance to promote their final season and look back on their journey… The True Blood panel included some dancing, some stripped, and some gymnastics apparently… The Venture Bros. crew announced that the animated series would return with its fifth season in early 2013… Doctor Who had their big Hall H panel in which they showed several preview clips from upcoming episodes… Joss Whedon is set to guest star in friend and Buffy alum Jane Espenson’s web series Husbands! That’s right. Not direct, star.” Read more about these updates, as well as all the other things that happened in San Diego, here. 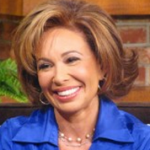 From The Jane Dough: A must-read: A judge pens a novel on ‘fighting the boys’ club’ in the District Attorney’s office. The new novel “Sly Fox,” is written by Judge Jeanine Pirro, who says it is “loosely based” on her experiences in the field. Reports The Jane Dough, “On a Monday showing of ‘Today,’ host Willie Geist said the book is about a ‘young, fiery assistant district attorney fighting the boys’ club.’ When asked whether it reminded her of anyone, the writer laughed and said, ‘Gee, I don’t know.’ Pirro, who has been in the law system for 30 years, says she finds it ‘compelling and fascinating and at times unjust.’ On the boys’ club comment? She said, ‘The main character Dani Fox is someone who enters the criminal justice system at a time when it is an old boys’ club, the Westchester County court house is an old boys’ club. It’s not a crime to beat your wife, it’s only a crime if you actually kill her. And she is confronted by a system that she sees as unfair and what she tries to do is level the playing field.'” Read more about the book here. 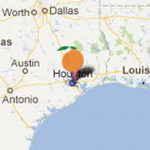 From The Braiser: Big food news pertaining to Momofuku and Houston, Texas. How? Looks like the Texas town is getting a branch of the famous restaurant. Reports The Braiser, “The last thing we expected — the very last thing we expected — was for David Chang to take the Momofuku buns and pony show to Houston.  But if [Chang’s] tweet is to be believed (hint: it is), then the Momofuku brand is actually moving to Texas and is currently looking for a three-year lease… Houston not only has an explosion of really good restaurants, but also an enormous Asian population, which makes getting the best Weird Asian Food Things, like hoisin sauce and black fungus, much easier. Currently, Momofuku has four restaurants in New York City (not counting the multiple branches of Milk Bar), one in Sydney, Australia, and one opening in Toronto. But to all the other culinary capitals of the world, sad that you didn’t get a Momofuku this time, cheer up.” Read more about the move here.