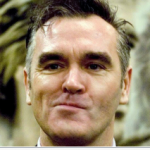 From Mediaite: British rocker, Morrissey, sent President Obama quite an unfriendly letter this Thanksgiving. Reports Mediaite, “British rock icon Morrissey writes a lot of open letters; most often including scathing criticism of commercialism, the British Monarchy, foreign affairs, or animal rights violators. So when you hear that a famous musician penned an open letter to President Obama entitled “Thankskilling,” you likely already knew it was Morrissey’s doing. Posted on the True to You webzine, Morrissey, an outspoken vegan activist, lashes out against Obama and the American tradition of presidential pardons for select turkeys. He accuses the American government of supporting a “viciously cruel” meat industry and suggests Obama and his colleagues support the “torture” of millions of birds annually.” Read the full letter here. 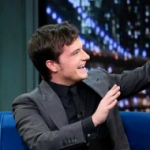 From Gossip Cop: Is Hunger Games star, Josh Hutcherson, obsessed with Justin Timberlake? Reports Gossip Cop, “Josh Hutcherson admitted he was an “embarrassingly big Justin Timberlake fan” on Tuesday’s Late Night with Jimmy Fallon. “I full on wanted to be Justin Timberlake,” confessed the actor. “I had bouts of depression because I didn’t have [his] curly, little cool hair.” Hutcherson had to settle for simply frosting his tips, a photo of which Fallon amusing revealed to the audience. Josh also dishes about his SNL appearance, his childhood rapping experience and famous Hunger Games costars. Watch the entire clip and see baby Josh with his frosted tips here. 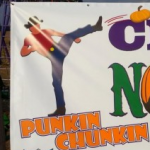 From Geekosystem: Nothing says Thanksgiving like Punkin Chunkin! Unsure of what pumpkin chucking is? It is pretty much what it sounds like- people build machines designed to hurl pumpkins as far as possible. Reports Geekosystem, “The Science Channel is airing their annual Punkin Chunkin special Thanksgiving night at 8:00PM ET. If you’re not familiar with it, it’s a show about people who build machines that hurl pumpkins as far as possible — some nearly a mile. It’s a fun look at physics and engineering, but we went to event this year and found it was actually a whole lot more. At New York Comic Con this year we had the chance to sit down with Mythbusters Kari Byron, Tory Belleci, and Grant Imahara who host the special, as well as “chunkers” Fat Jimmy and Frank Shade. It was an interesting chat, and we were invited down to the big event in Delaware held last month.We kind of thought we knew what we were getting into. We like physics. We’re into engineering. We enjoy watching pumpkins explode on impact. That’s all there, of course, but it’s so much more involved than we could have possibly imagined.” Read the full article and see some of these outrageous creations here. 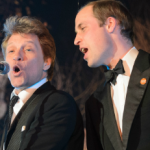 From Styleite: Last night was the annual Centrepoint Winter White Gala at Kensington Palace and the stars were out to impress in their winter whites. Not only was this event hosted by Prince William,  but there was an epic performance of Livin’ On A Prayer which included not only Bon Jovi but Taylor Swift and Prince William. Reports Styleite, “Oddly enough, our invite for the Winter White Gala at Kensington Palace got lost in the mail, so we didn’t get wear our custom Elie Saab couture or watch Taylor Swift, Bon Jovi, and Prince William perform “Livin’ On A Prayer”. While we can definitely live without the latter, we wouldn’t have minded rubbing elbows with the royals, as well as Colin Firth, Michelle Dockery, Tinie Tempah, and Eliza Doolittle for some good old-fashioned holiday revelry. Swift went the divine route in an off-the-shoulder Reem Acra Spring 2014 gown boasting a metallic-embellished nude bodice and flowing chiffon. Dockery took her Downton Abbey character to the future in her black, body-contouring Stella McCartney racer-back dress. Tempah and Doolittle made a handsome pair with he in a sharp tuxedo, and she looking like an ethereal hipster in all-white look comprised of a bomber jacket and mini-dress with sheer overlay.” Read more about the gorgeous winter white outfits and see the looks here. 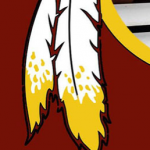 From SportsGrid: It’s not secret that the Washington Redskins have had their fair share of bad luck this season. SportsGrid has narrowed it down to the top 8 most awful things that have happened to the NFL team this season. Reports SportsGrid, “I don’t believe in curses, the supernatural or humans shape-shifting into the form of a wolf, but something not of this world seems to be happening in Washington D.C., NFL-wise. In addition to being 3-8, Dan Snyder’s football club is being hammered by activists seeking to change its nickname, and a FedEx Field beer vendor was robbed following the MNF game at taser-point. Serenity Now!” Check out the list and decide if you think the Redskins are cursed, here. 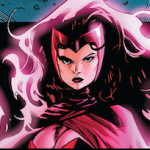 From The Mary Sue: Elizabeth Olsen is Wanda for The Avengers: Age of Ultron and she recently told us about her favorite parts of playing the scarlet witch. Reports The Mary Sue, ” Elizabeth Olsen is our Wanda for The Avengers: Age of Ultron, and she’s endearingly enthusiastic about sinking her teeth into the role. Olsen told Moviefone: ‘I hung out with Mr. [Joss] Whedon recently. I’m really excited about this movie. I’m so excited about Scarlet Witch. I have had so much fun reading all about her and I am like learning new words that I had to look up on Wikipedia. I’m really enjoying it.’ When asked what she was most excited about for the film, Olsen replied: ‘I just love Scarlet Witch. I love her. It’s so funny because I’m often talking about all these psychologically damaged people, but when you talk about Scarlet Witch… She is a messed up lady. She has got more sh*t to deal with than anybody else I know. I’m excited to figure out what’s appropriate to use for her, because there’s so much material from all of these decades, and we’re going to tell this one story. So to be able to choose what you’re going to bring into it from all of this abundance, it’s really fun.’ “Read the full interview and get the scoop on The Avengers: Age of Ultron here. 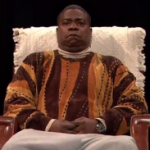 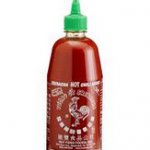 From The Braiser: A judge orders Sriracha factory to close. Reports The Braiser, “We’ve been giving you up-to-the-minute coverage of the battle between Huy Fong Foods, makers of the popular spicy demon sauce Sriracha, and the city of Irwindale, CA, which claims that fumes from the Huy Fong factory are causing health problems for its residents. We now have a resolution, thanks to a ruling by a Los Angeles Superior Court judge: the factory must partially shut down while Huy Fong and the city determine how to stop the jalapeno fumes from burning everyone’s eyes out. While the factory won’t cease operations entirely — they’re in the middle of a peak processing season, and the nation would probably shun Irwindale if Sriracha suddenly disappeared — Judge Robert O’Brien sided with the city in its suit against the sauce factory, according to the LA Times.” Read the full article here.