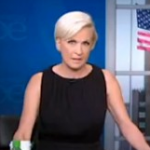 From Mediaite: The MTV Video Music Awards aired last night, and one performance particularly cause a lot of stir. Mediaite writes, “Morning Joe opened this morning with the biggest news story of the day: Miley Cyrus’ ‘disturbing’ twerking at the MTV Video Music Awards. Joe Scarborough and his male cohorts began by laughing about the spectacle before Mika Brzezinski jumped in with a more serious take. ‘I wouldn’t make a joke of it actually,’ Brzezinski said. ‘I think that was really, really disturbing.’ She went on to describe how ‘that young lady, who is 20, is obviously deeply troubled, deeply disturbed, clearly has confidence issues, probably eating disorder and I don’t think anybody should have put her on stage. That was disgusting and embarrassing.'” Read more about her reaction here. 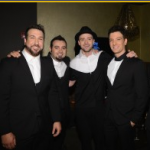 From Gossip Cop: More VMA news: *N SYNC (briefly) reunited! Gossip Cop reports, “The *NSYNC reunion at Sunday’s MTV Video Music Awards was all Justin Timberlake’s idea, says JC Chasez. The former boy bander told Ryan Seacrest on Monday that Timberlake recently called him, and ‘said, ‘Hey man, listen. I’m getting this award and they have given me a pile of time to perform and we started our careers at MTV and I think we should get the band back together.’’ ‘It really was about him and all that he’s accomplished, but he wanted to acknowledge that part of his career, so we all decided to do it,’ explained Chasez. As for the news leaking out in the days leading up to the event, the singer recalls, ‘When J called me he’s like, ‘Listen, man, lets really make it a treat and let’s not tell anybody.’'” Read more and hear the interview here. 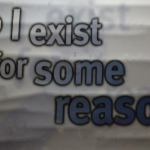 From Geekosystem: Some U.K. citizens are questioning their existence. Geekosystem explains, “4,000 retirees in Jersey (old Jersey, not New Jersey) received a document titled ‘The Certificate of Existence’ to confirm that they are still alive. The letter was to insure the government was not paying out pensions to the accounts of the deceased, but come on — there has to be a better way than a letter asking if they’re dead yet. The head of the pension fund Ron Amy admitted they should have been more sensitive, but also called the audit necessary. He told the BBC, ‘Pensions schemes really have to do these exercises because we do not always get told when somebody dies.’ It would also probably help not to give your pension audit documents creepy titles like ‘The Certificate of Existence.'” Read more here. 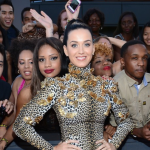 From Styleite: So back to the VMAs, what about those Red Carpet looks? Writes Styleite, “Katy Perry presented the biggest surprise on this year’s MTV Video Music Awards red carpet, by surprising us in a way we weren’t even expecting: she wore a dress we’ve already seen. The Emanuel Ungaro dress was really familiar, and we soon remembered that Coco Rocha wore the exact same one to this year’s punk Met Gala. But she paired it with a grill and Richard Simmons, so we guess it was original?Everything else was pretty much what we expected: Miley Cyrus in a crop top, Lady Gaga in her usual-of-late black, and lots of sequins and skin. There were a few nice looks, but all in all, it was a very tacky offering from the music world. Check out the worst offenders below.” See the worst offenders here. 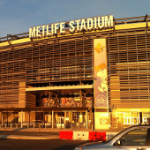 From SportsGrid: Things aren’t looking good for the Super Bowl this year. SportsGrid explains, “You usually can’t trust a weather report that goes beyond tomorrow. But the Farmers’ Almanac — which says its long-range weather predictions are about 80 percent accurate — estimates that the Northeast should plan for a major winter storm between Feb. 1 and Feb. 3 in 2014. Super Bowl XLVIII, which will be held at MetLife Stadium in New Jersey, is on Feb. 2. In fact, this upcoming winter will apparently be ‘C-O-L-D,’ which makes sense, because it gets cold in the north in winter. This obvious fact seemed to have escaped the NFL when deciding to designate MetLife as the first outdoor stadium in a cold climate to host the Super Bowl. Although considering the quality of the Super Bowl halftime shows in recent years, perhaps this was a conscious decision.” Read on here. 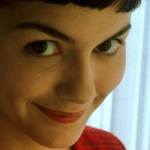 From The Mary Sue: Whimsical news from The Mary Sue today: “The story of a precocious child-turned-eccentric young woman who involves herself in the myriad adventures of her neighbors before stumbling on a romantic adventure of her own, the French film Amélie seems tailor-made for a musical adaptation. There’s love, loneliness, mystery, joyful reunions, an eye-catching visual aesthetic, and a whole slew of quirky supporting characters. So it’s no surprise that it’s the latest in a string of recent-ish films—among them Billy Elliot, Matilda, Once, and Kinky Boots—to transition to the stage. The musical is being written by playwright Craig Lucas, whose Broadway credits include the Tony-nominated The Light in the Piazza. Dan Messé, member of the Brooklyn-based band Hem, will be writing the songs, along with co-lyricist Nathan Tysen. There’s no word yet on when the musical will premiere, but Messé says his first draft will be finished by Labor Day.” Read all about it here. 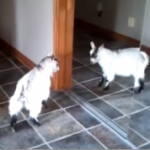 From The Jane Dough: Sometimes the mirror can be your worst enemy, especially on Monday. Today, The Jane Dough offers a companion: “You know those days when nothing — absolutely nothing — is looking right? When the cropped turtleneck-blouse hybrid that you  just overpaid for at Urban Outfitters is giving you Hulk Hogan shoulders, all of your jeans are accentuating the deflated Macy’s Thanksgiving Day Parade balloon that you call an ass, your skin looks like a Slip ‘N Slide, and wait, did “The Burger King” just walk into the room? Oh, no, that’s just your giant headed reflection staring back at you, looking like some horrific Bratz doll come to life. We all hate the mirror some days, but luckily, unlike this baby goat, we don’t have the cranial fortitude to act upon our loathing and resentment.” See the baby goat here. 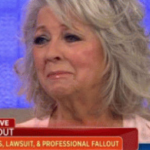 From The Braiser: Paula Deen may have settled her lawsuit, but she’s still making headlines on The Braiser. Why? Writes the site, “Yeah, we know, we’re done with Paula Deen N-Word-Gate Coverage, but can we just add this weird coda of a statement from her accuser, Lisa T. Jackson? Because in her statement about the settlement she made with the Deen camp, which resulted in the dismissal of her case, she did a complete about-face regarding her allegations of Deen’s endemic racism. ‘The Paula Deen I have known for more than 8 years, is a woman of compassion and kindness and will never tolerate discrimination or racism of any kind toward anyone,’ Jackson said in a statement printed by the LA Times, who were also surprised by the buttery PR language.” Read the full story here.